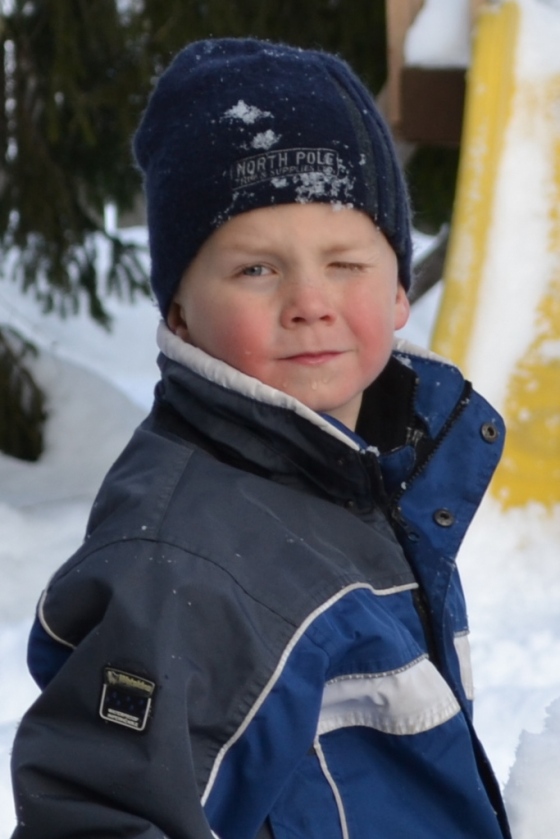 –  Who is so smart, but will do almost anything to NOT to have to go to school

–  Who after missing the bus home for the second time in a row and facing my wrath says, “Mom, I’m just as upset about this as you are.”

– Who thinks the worst part about school is recess (yes, I know, it’s bewildering)

–  Who when he is home sick, plays school and teaches his siblings about ‘matter‘ (By the way, I wouldn’t know the first thing about describing matter to someone else – unless I googled it first)

– Who is so concerned about the kid in his class with a peanut allergy that I can barely convince him to take a granola bar to school for his own snack that ‘might contain nuts’.

–  Who thinks it’s a travesty if I throw away a cardboard box before he can make something with it.

– Who was just a little digusted with Western’s Engineering camp that he attended last summer because they took time away from making things to play.  I mean good grief, he didn’t go there to PLAY!

– Who when Jason even mentions a project that he wants to do in the house, Erik has his tools ready and badgers Jason until he starts and then is in there like a dirty shirt

–  Who still loves to be cuddled before bed (Thank-goodness!)

Any ideas?    Well after some careful thought and consideration I’ve decided to just keep on loving him to bits, and teaching him and caring for him, this precious gift from God,  even though I do have this uncomfortable vague feeling that at 7 he’s already smarter than I am.   I love you Erik!